While historically Uplight’s Orchestrated Energy clients have been focused on summer demand response (DR) programs, we’re increasingly seeing Time of Use (TOU) programs emerging as a core use case that adds value to utilities and their customers with a combination of time-varying rates and daily cooling/heating optimizations powered by Orchestrated Energy.

Because demand charges encourage customers to spread out their energy use, Uplight has recently added new features to handle complex rates, including:

These are just two of several models fed into the core Orchestrated Energy optimization algorithm that chooses when to cool/heat each house each day.

To show what it looks like when Orchestrated Energy is doing its thing, the following is a simulated optimization of an enrollee’s household using hot summer weather. (Don’t let the plot overwhelm you though, we’ll explain it all further below).

There are several things to call out here. The cooling runtime is largely targeted outside the demand charge period and at times when the TOU rate is low. While the optimization does expect a little cooling within the demand charge period you can also see the cooling is targeted for a time when it won’t coincide with high baseload. Lastly, you see the home temperature remains comfortable for the customer. 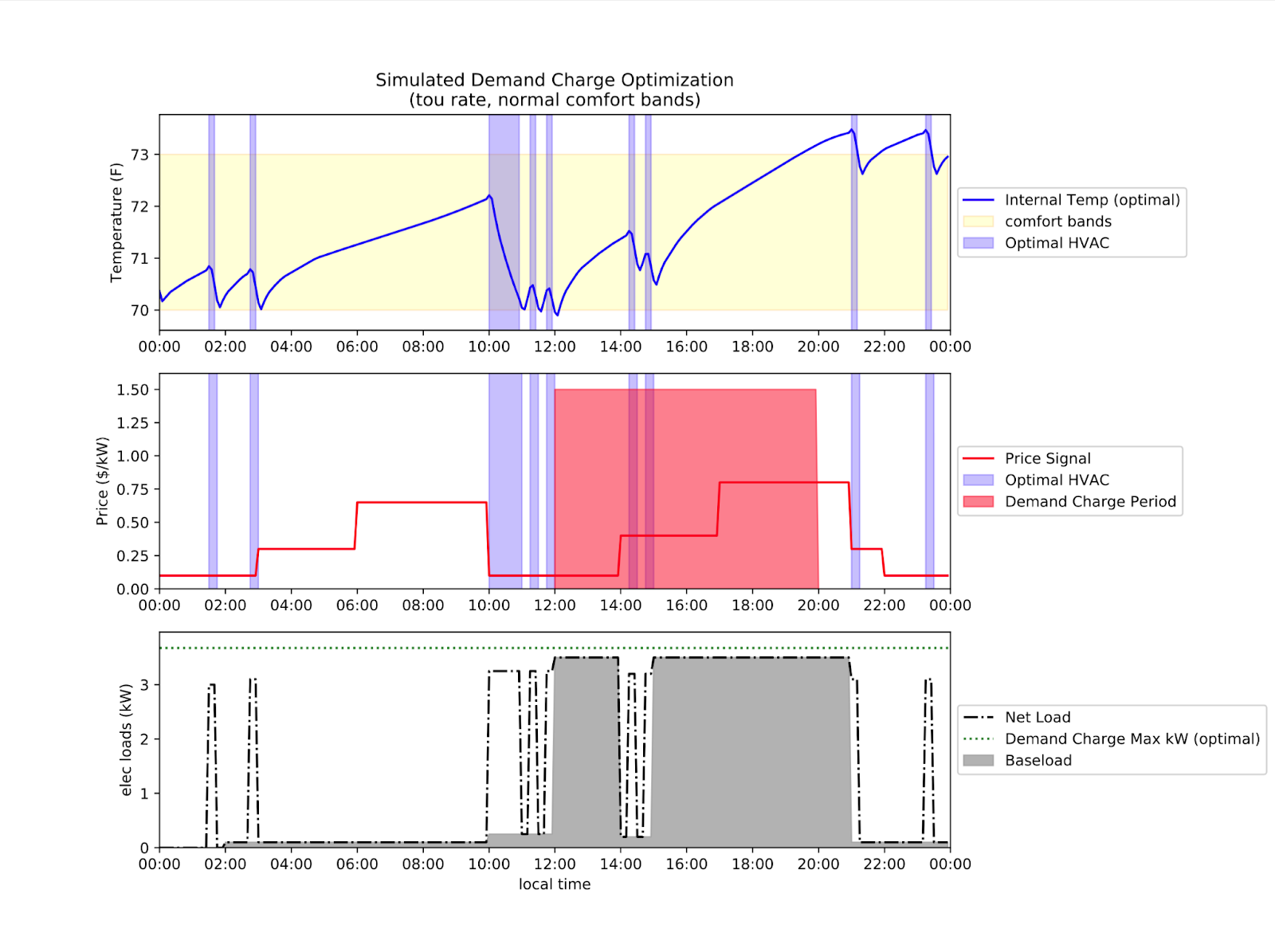 This next-level optimization is already starting to support a growing number of utility programs that leverage daily optimization on non-DR days. For instance:

Daily TOU optimization is just one benefit of many that Uplight can uniquely deliver our clients and their customers with TOU Rates.  To learn more, check out our new ebook on TOU optimization.

Mike Weadley is the Group Manager for the Orchestrate Product Line.